Direct steam injection works by directly injecting steam into a process fluid to obtain more rapid heat transferring, resulting in more efficient energy usage than indirect heat exchangers. This efficient process of heating is caused by our direct steam injection Hydroheaters’ ability to control both steam flow and mixing turbulence by using a modulating stem plug and nozzle or diffuser assembly in the heater. This precise mixing of a measured amount of high-velocity steam directly with your liquid or slurry provides an instantaneous transfer of heat from steam to the liquid. This method of heat transfer allows for 100% thermal efficiency and energy savings of 20-25%. Don’t believe us? Head over to our Energy Savings Calculator to get an accurate estimate of how much you can be saving in operating costs.

To accomplish this, a precisely engineered, variable-area steam nozzle or diffuser meters the flow at the point of injection and contact with the fluid. The large pressure drop from full steam pressure to the process fluid pressure ensures high-velocity choked steam flow and instantaneous mixing of the two streams. When steam flow is choked, its velocity at the nozzle or diffuser exit is constant regardless of the total mass flow injected. The internally modulated Hydro-Thermal heaters control the amount of injection area (cross-sectional area of the nozzle or diffuser opening) to precisely regulate the heat load. The constant steam velocity results in consistent and stable operation across the full range of operations.

Hydro-Thermal’s patented direct steam injection heaters use direct heat exchange as a means to transfer 100% of the steam’s energy for heating liquids and slurries over a wide range of viscosities and solid contents to precise temperatures. A Hydroheater’s internal modulation assures exacting steam control, rapid temperature management and produces predictable results. Each Hydro-Thermal heater has an internal trim custom designed for each customer’s specific needs and requirements. 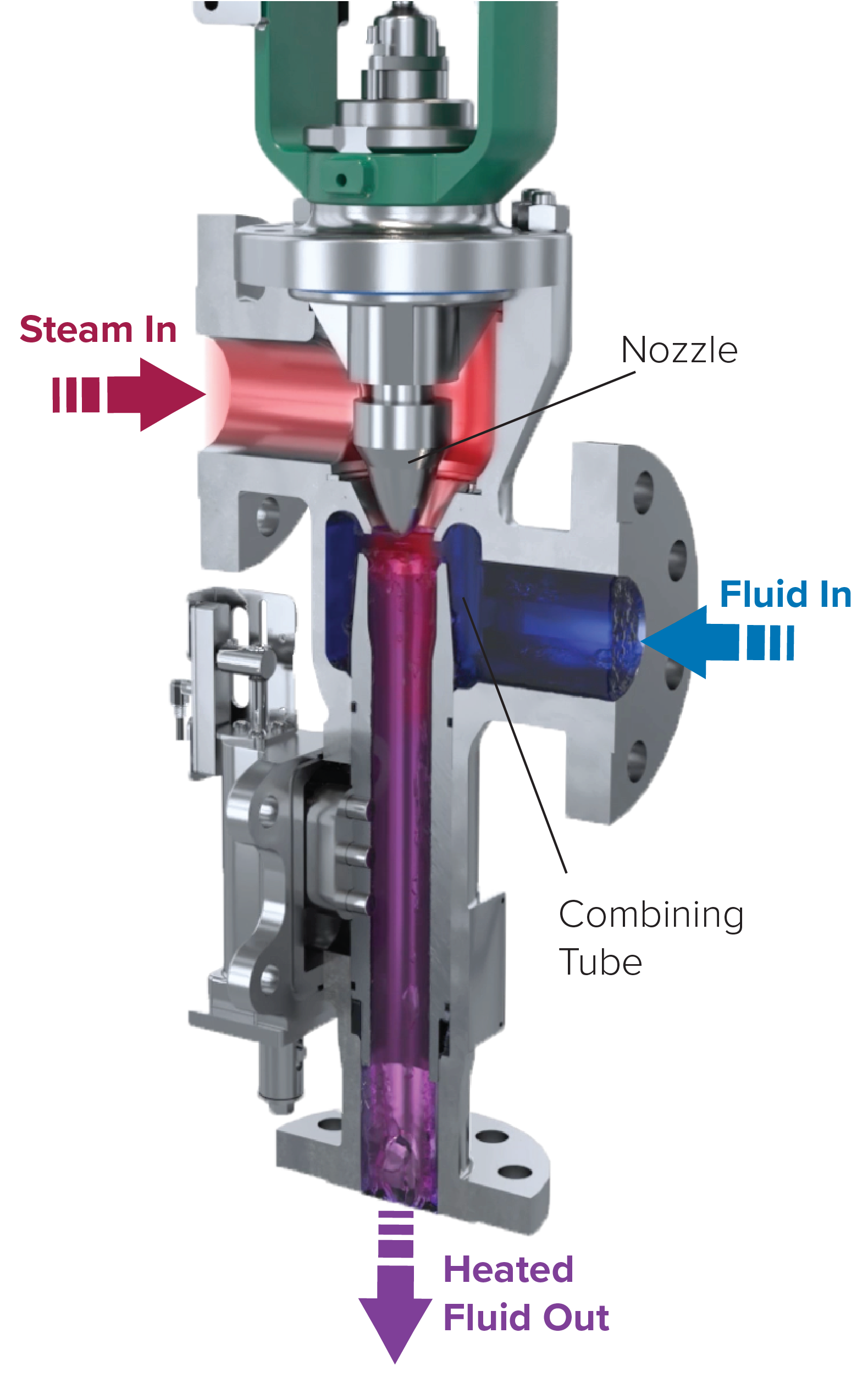 Hydroheaters/Jetcookers commonly outperform other forms of direct steam injection and indirect heating methods such as heat exchangers. Use the links below to learn more about how Hydro-Thermal’s patented technology outperforms the status quo.

Externally or Internally modulated direct steam injection refers to how the mass flow of steam injected into the process fluid is controlled.

External modulation uses a steam control valve on the supply line to vary the pressure of the steam at the point of injection: Varying the pressure changes the steam density and velocity through the nozzle to control the amount of heating. Regulating steam pressure to control heating can result in unstable operation, hammering, and vibration when high or low steam flowrates are required. At low steam flow, i.e., trim heating, the differential between steam pressure and the process can be very small, and a slight fluctuation in either pressure can cause an upset. Alternatively, at high steam flow requirements, i.e., max heating at startup, the orifice or nozzle size will allow more steam than can be condensed, and steam hammer occurs.

Internally modulated DSI controls the injection area rather than steam velocity and density to regulate the amount of heating. An internally modulated heater operates at higher steam velocities compared to external modulation. This higher velocity produces improved, often rapid mixing and nearly instantaneous condensation of the steam into the process fluid. 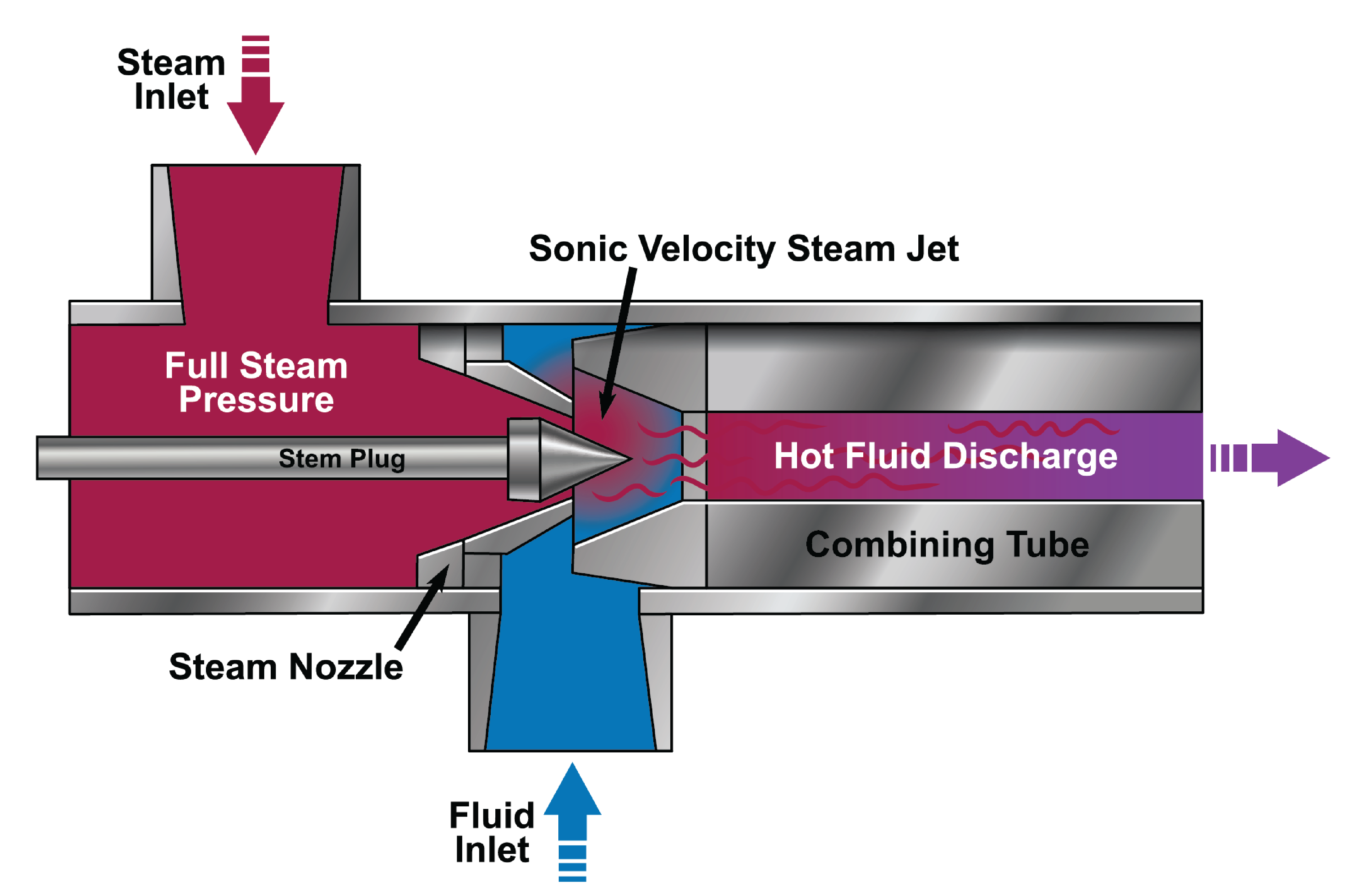 On the other hand, direct heating uses 100% of the steam’s heat energy by adding steam directly to the process fluid.

The benefits of using direct contact heating vs. indirect include: Additional benefits: 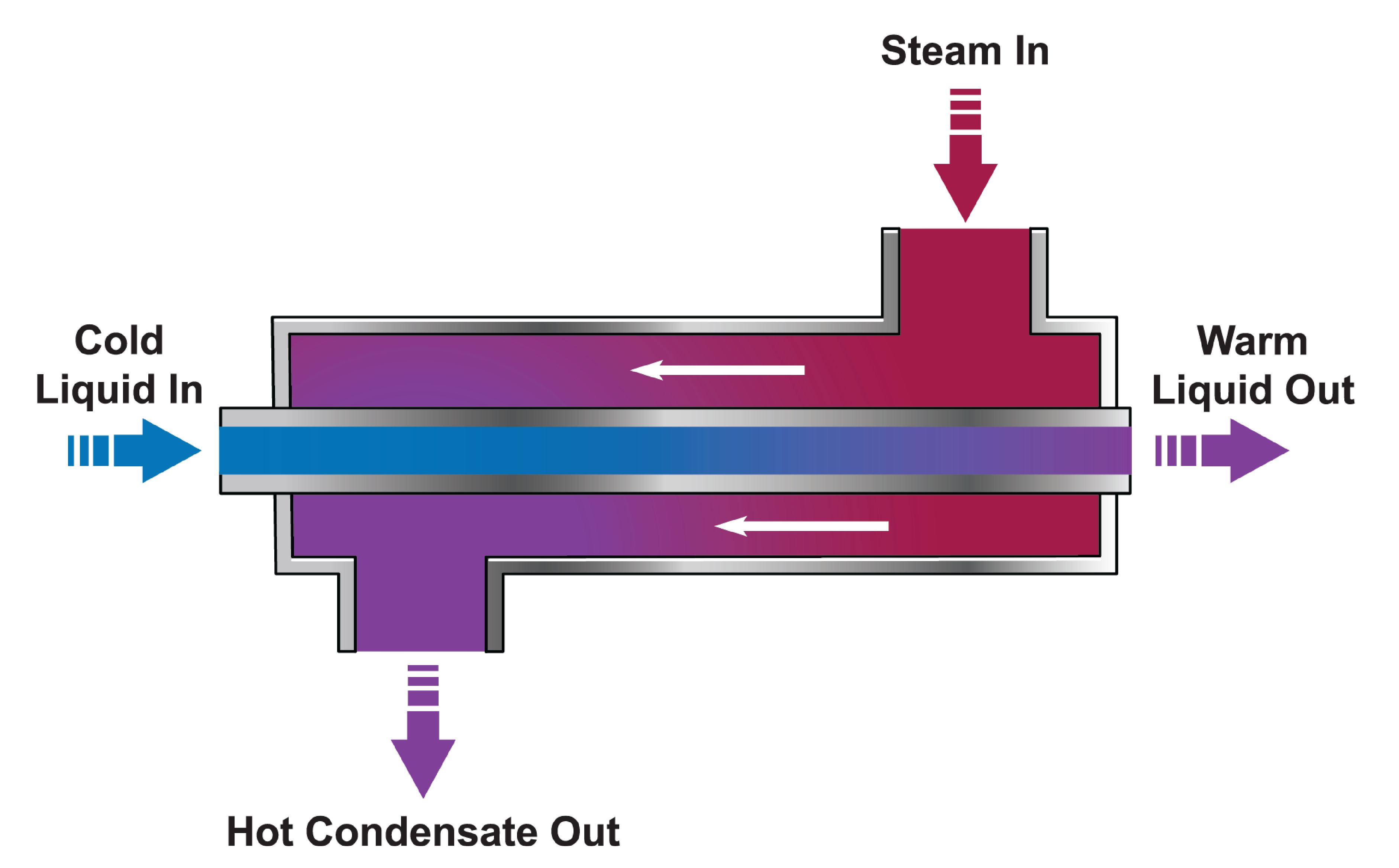 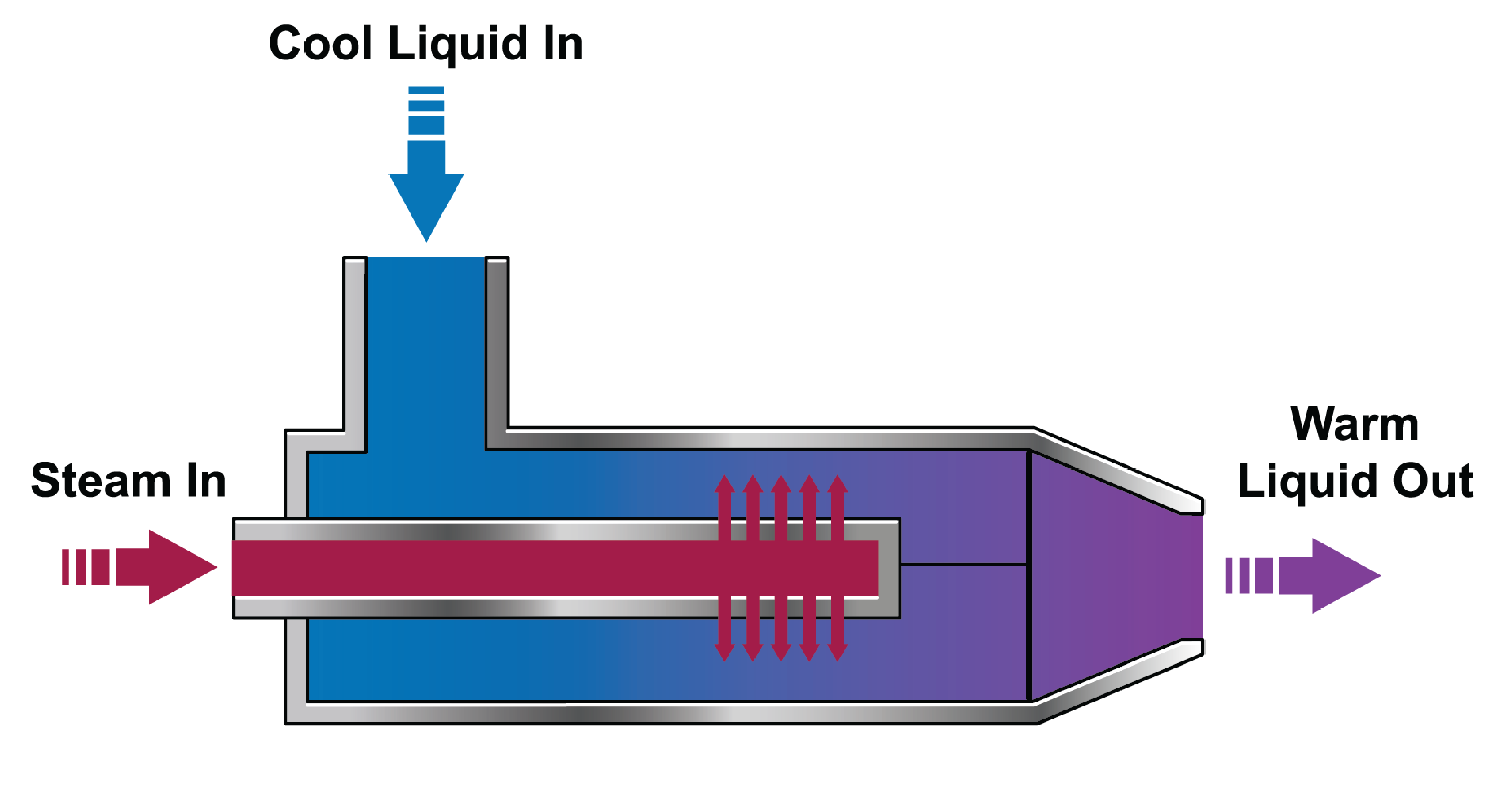 Hydro-Thermal’s technology, which utilizes internal modulation, is the most advanced form of direct steam injection. It has many benefits over other direct heating methods, including: 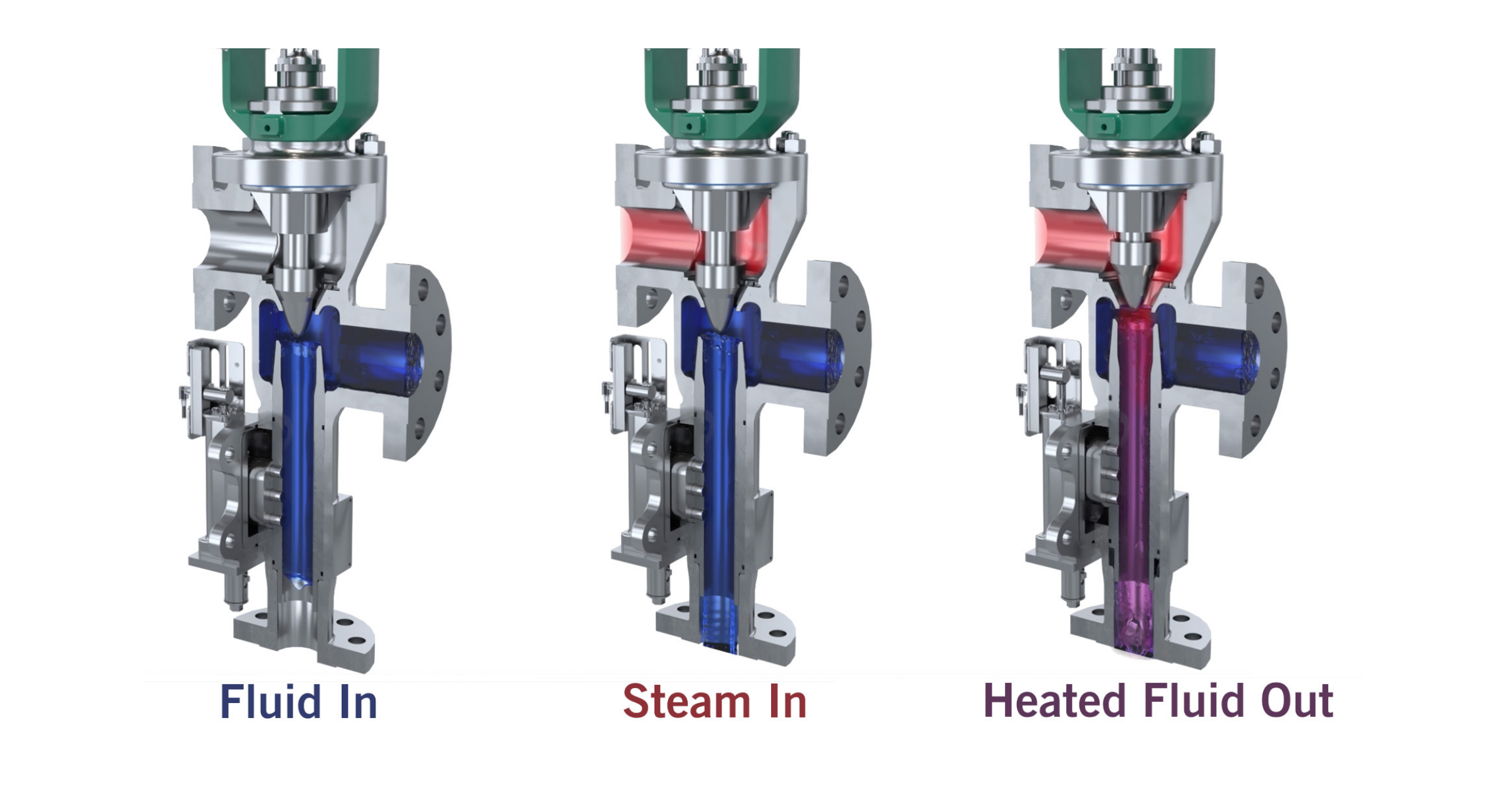 Sparging is the oldest, most straightforward and least complicated technique for mixing steam with liquid or slurry to affect heating. It is injecting steam directly into a fluid-filled tank. Though considered inexpensive and straightforward, sparging is very inefficient, and the operation invariably results in:

If you want more information, head over to our 3 Direct Steam Injection VS Steam Sparging page! 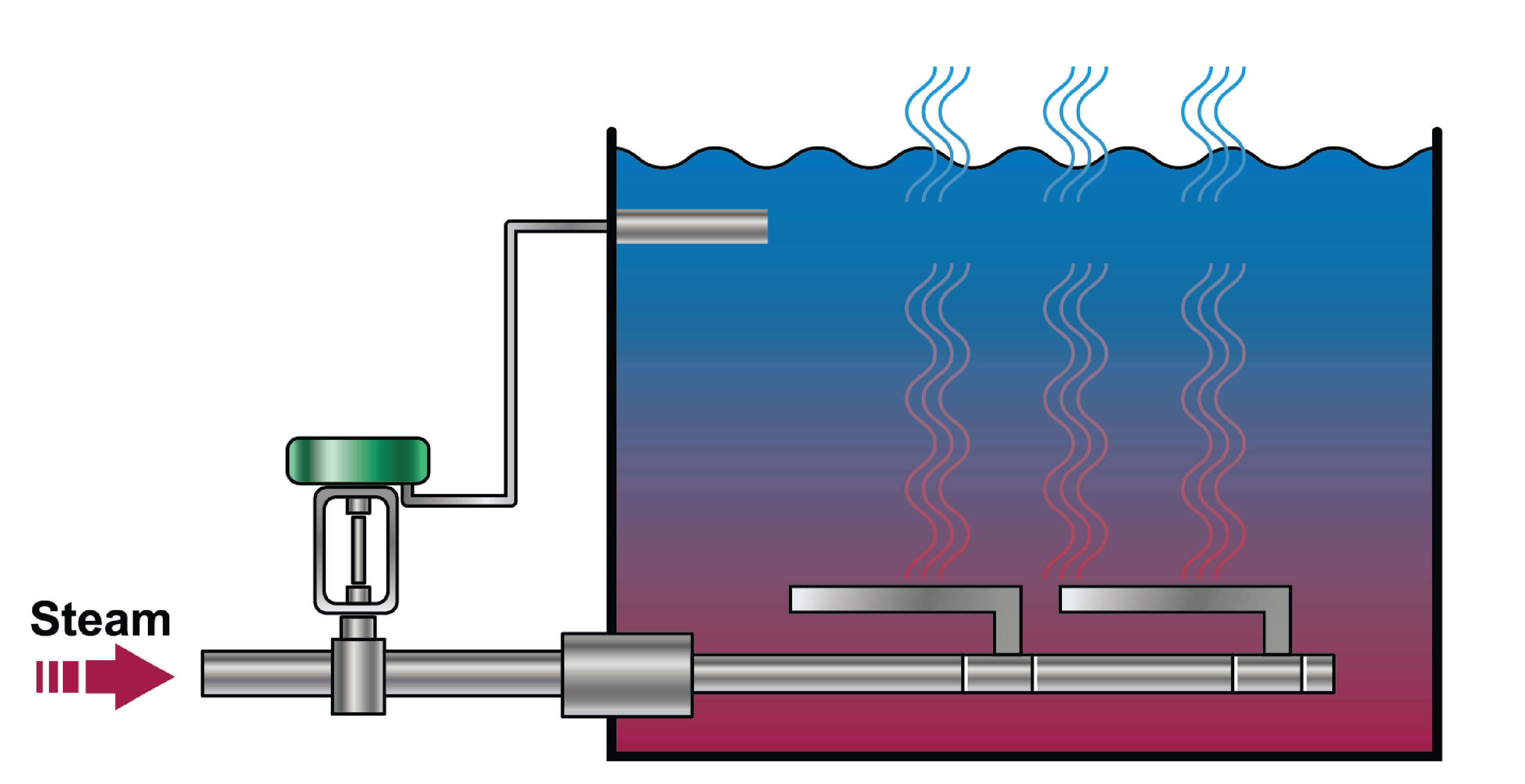 The externally modulating sparger tube (MST) heater consists of a spring controlled, variable-injection sparger tube inside a cast process flow body. In response to a temperature sensor, the external flow control valve modulates the steam to a spring-loaded piston. MST heaters work reasonably well on clear liquids and some low solids solutions. Still, they are subject to severe clogging and steam hammer if frequent maintenance is not performed. In typical water heating applications, these devices typically require monthly tear down and acid bath cleaning. Since the steam flow is dependent upon a spring-loaded valve, accurate temperature control is difficult once the spring begins to wear.

Additionally, if low (trim heating) or high steam flow is required, the spring mechanism can have difficulty with accurate or stable control. Spring failure is a common issue with this type of heater. Additional drawbacks of sparge tubes are: 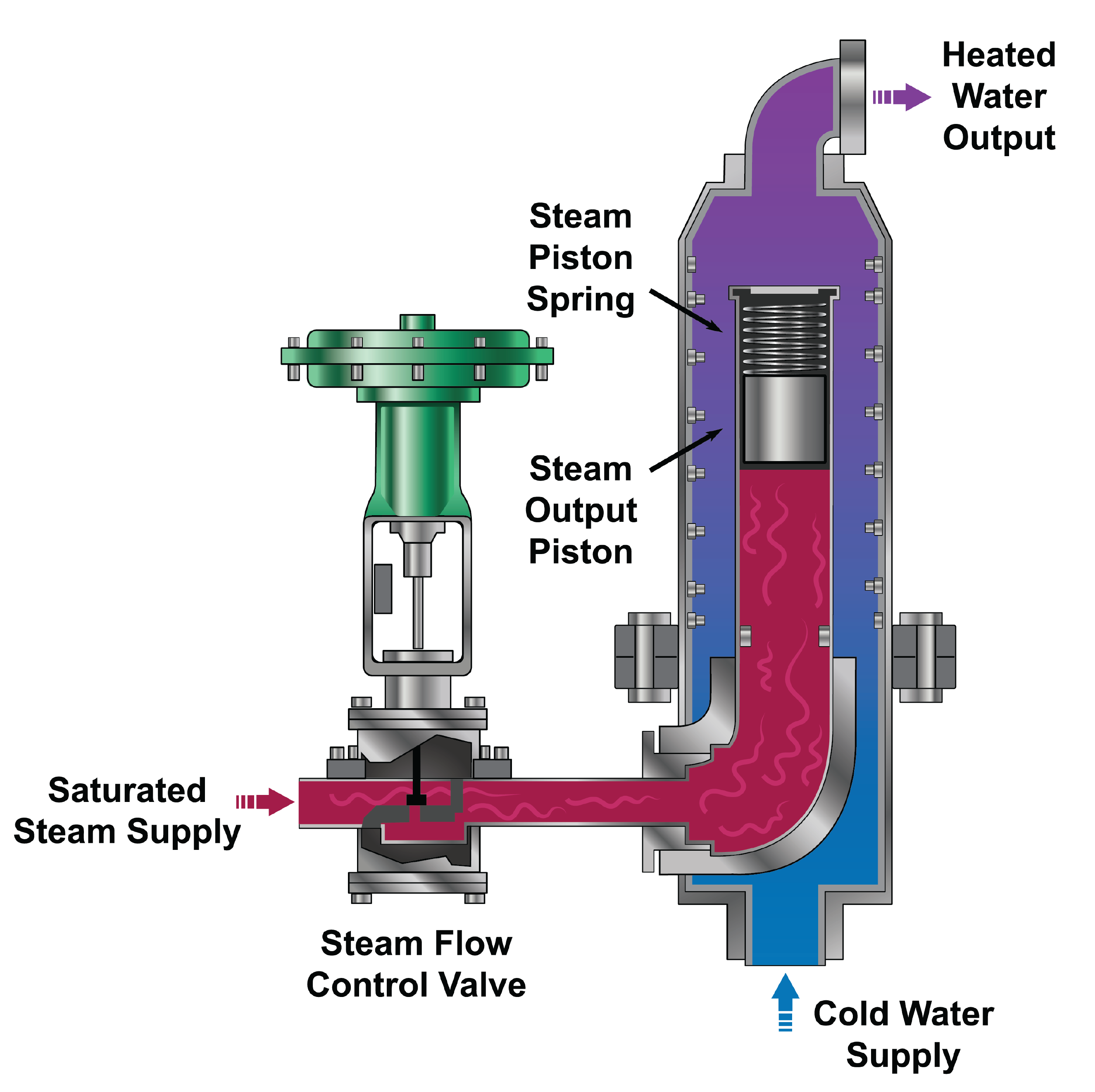 Mixing Ts combine separate streams of steam and cold water to produce heated water. Because accurate temperature control is difficult to maintain with this method, mixing Ts is not the best choice for process fluids. When used for water, mixing tees are prone to scaling, fouling, and excessive hammer. Their operation often requires steam and water pressure to be very close to each other for balanced mixing. When either steam or water pressure fluctuates slightly, the higher pressure line can overcome the other and backfill the piping. This can result in live steam discharging the system. The drawback of Mixing Ts are: 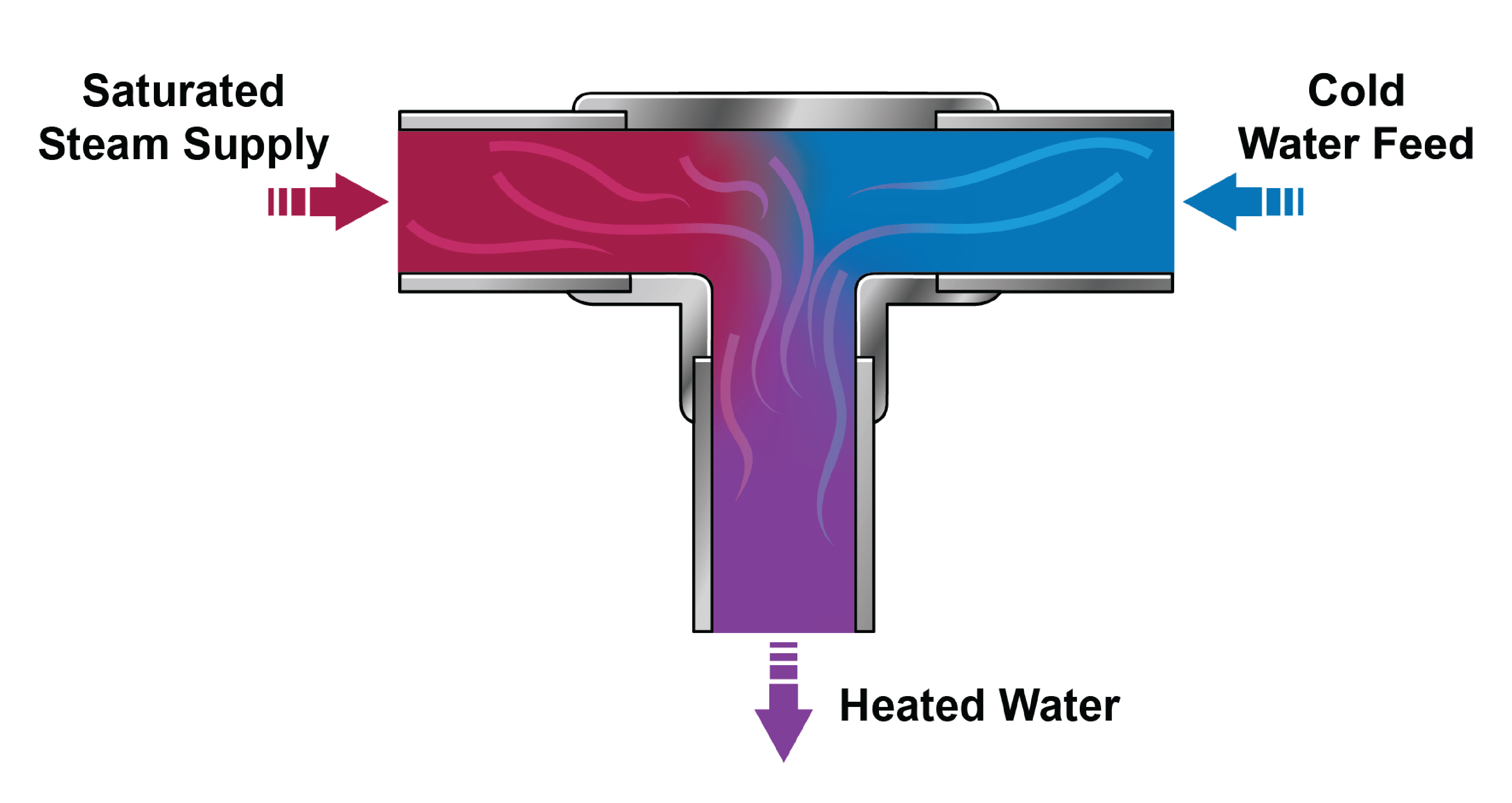