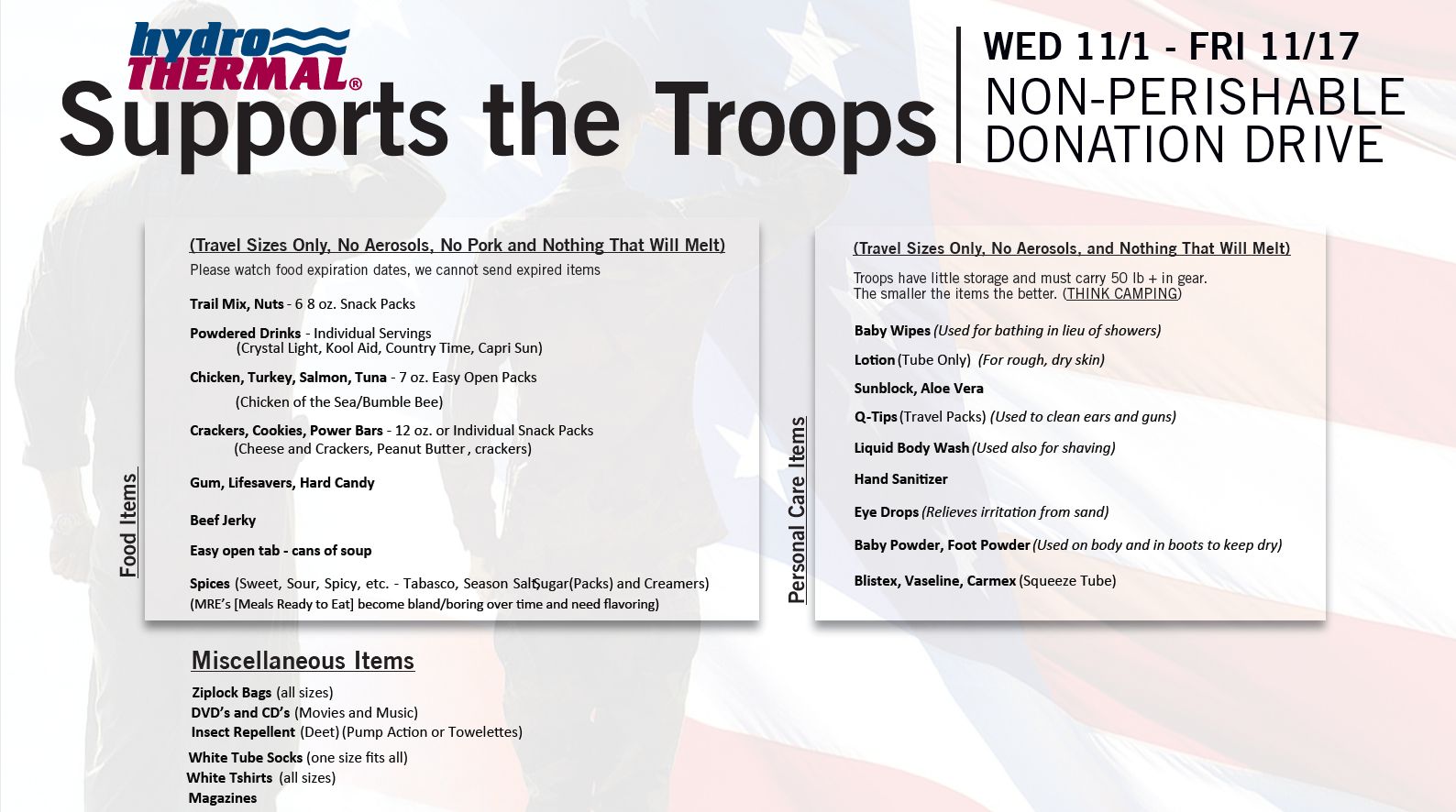 Hydro-Thermal Corporation is hosting a holiday supply drive to support Wisconsin troops stationed overseas. Donations will be collected until November 17, so military members will receive their supplies during the holiday season. Members of the community interested in donating can drop supplies at Hydro-Thermal’s headquarters, located at 400 Pilot Court, Waukesha, WI 53188. Supplies will be shipped in collaboration with Support the Troops WI, a registered 501(c)(3) charitable organization. All donations made to them are tax deductible.

Hydro-Thermal assembles donations into care packages, with each including a hand-written note thanking the military member for their service. The 2017 holiday season marks the third year Hydro-Thermal Corporation has volunteered for Support the Troops WI.

Items needed fall into three categories: non-perishable food, toiletries, and other. Food items include small snack items such as trail mix, power bars, and beef jerky. Toiletry items include baby wipes, sunblock, body wash, and hand sanitizer. The other category includes CDs, DVDs, magazines, white t-shirts and white tube socks. The full list is in the image at the top of the page.