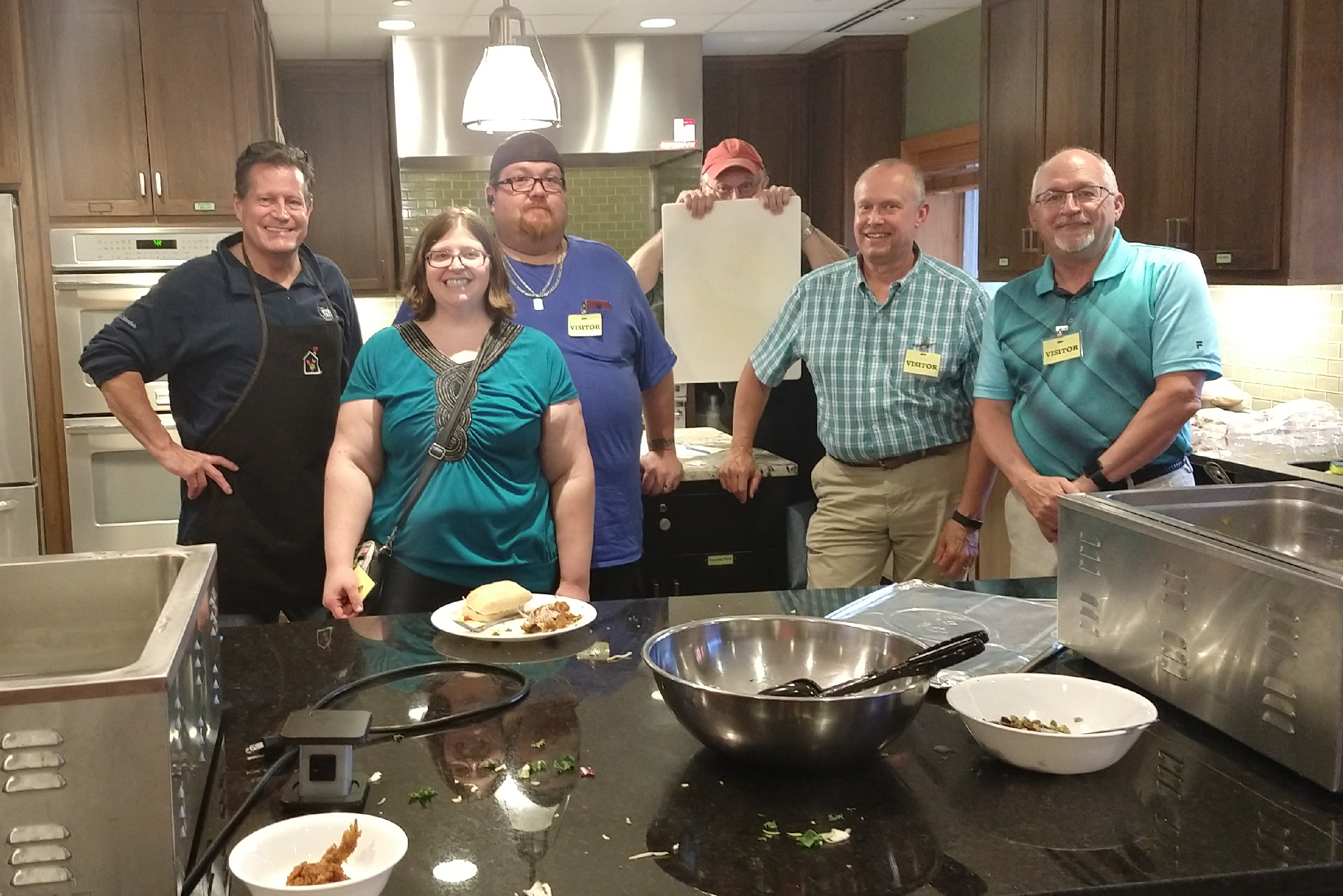 Holiday Supply Drive For the Troops

Hydro-Thermal Corporation is hosting a holiday supply drive to support Wisconsin troops stationed overseas. Donations will be collected until November 17, so military members will receive their supplies during the holiday season. Members of the community interested in donating can drop supplies at Hydro-Thermal’s headquarters, located at 400 Pilot Court, Waukesha, WI 53188. Supplies will be shipped in collaboration with Support the Troops WI, a registered 501(c)(3) charitable organization. All donations made to them are tax deductible.

Hydro-Thermal assembles donations into care packages, with each including a hand-written note thanking the military member for their service. The 2017 holiday season marks the third year Hydro-Thermal Corporation has volunteered for Support the Troops WI.

Jim Zaiser, Hydro-Thermal President and CEO remarked, “This drive is a timely reminder about the true meaning of the season – giving and sharing with others, especially the people that during this holiday are protecting us.”

Every Day is Manufacturing Day at Hydro-Thermal 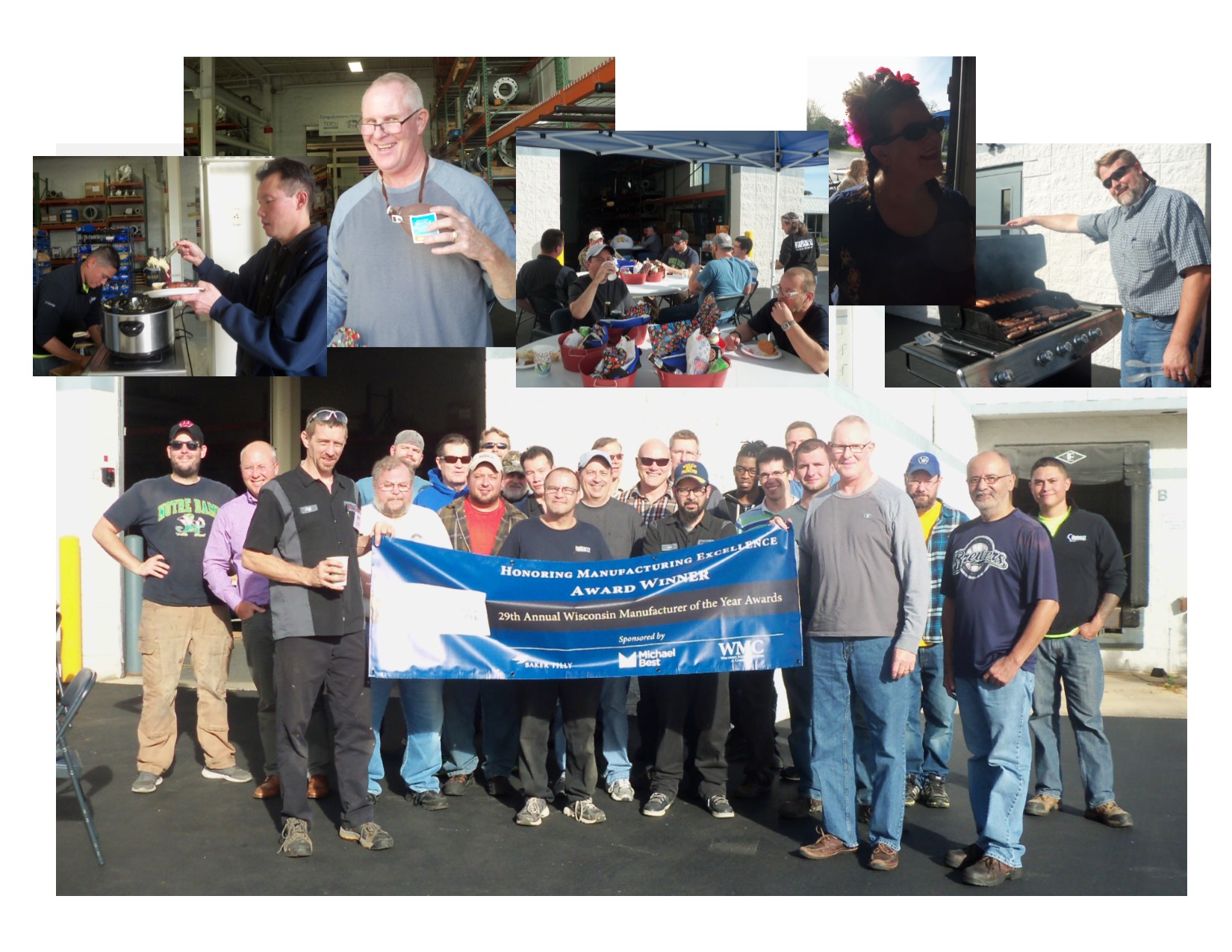 Every Day is Manufacturing Day

Since its inception in 2012 Hydro-Thermal has celebrated Manufacturing Day/Month in a variety of ways. This year saw the return of one of staff’s favorite events, a luncheon prepared and served by Hydro-Thermal office staff. This year’s theme was Oktoberfest, complete with brats, sauerkraut, humongous pretzels and an array of delectable desserts!

In addition to lunch, all shop staff received a “swag bag” – actually a beverage trough with handles and a Hydro-Thermal collapsible mini cooler. Each employee’s trough was filled with beers, cold brewed coffee, and specialty sodas. The cherry on top for shop staff was a surprise wrapped gift that each received, which contained everything from bandanas and water bottles to a tiger stripped steering wheel cover.

Staff enjoyed their lunch al fresco on a perfect sunny 68-degree day, while the smell of cooking brats and polka music wafted over their conversations. Second shift CNC machinist Alonzo Perez said, “Today’s lunch reminded me of one of my favorite quotes, ““Kindness is a language that the deaf can hear and the blind can see.”” Today was thoughtful and really made you feel appreciated. It just made me smile.”

To culminate the day, shop staff proudly posed for a photo with Hydro-Thermal’s recently awarded Manufacturer of the Year banner. Plant manager, Andre Volheim thanked staff for all their hard work and for what they helped him learn since he started in the position. Hydro-Thermal President and CEO, Jim Zaiser said thank you to the shop staff for their ongoing contributions to making the company successful.

Just like you should be thoughtful about your sweetheart on days besides Valentine’s Day, Hydro-Thermal has a Manufacturing Day approach every day of the year. We have high school intern programs established with Milwaukee and Waukesha counties, college internships, an internal mentoring program that involves job shadowing, we host numerous company tours, as well as tours for local schools at all grade levels.

Waukesha, WI - Hydro-Thermal Corporation has been named a 2015 Future 50 company by the Metropolitan Milwaukee Association of Commerce’s Council of Small Business Executives (COSBE).

The Future 50 program, now in its 28th year, recognizes privately-owned companies in the seven-county Milwaukee region that have been in business for at least three years and have shown significant revenue and employment growth.

“It is always encouraging to see such a strong group of applicants and winners in this program each year. These companies truly represent the future of our region,” said Mary Steinbrecher, executive director of COSBE.

When asked what entrepreneurial traits helped him lead the organization to where it is today, Hydro-Thermal President, Jim Zaiser, credits his self-motivation, inner drive, optimism, trust in himself, courage, passion, discipline and strong communication. He also acknowledges that he still practices and evolves these traits every day. Jim notes, “They are a key element in determining the sustainability of our team and our future.”

The Future 50 companies will be honored at an awards luncheon on Thursday, September 10, from 11:30am to 1:30pm at The Pfister Hotel. The luncheon will be hosted by the MMAC, COSBE and BizTimes Media. To register to attend, visit www.mmac.org/events.

“We look forward to honoring these fast-growing companies and learning more about the best practices that are driving their growth,” said Dan Meyer, publisher of BizTimes Milwaukee.

Waukesha, WI – Hydro-Thermal Corporation has been selected as a 2016 Fastest Growing Firm by the Milwaukee Business Journal.

For a company to be selected, it must have annual revenue between $3 million and $500 million, and have recorded a profit for the past three years. Companies with the highest percentages of growth from 2013 to 2015 were selected as winners. In all, 28 Wisconsin firms received the honor for 2016.

“We have another group of highly successful winners that have pushed hard and smartly gone about their business to sustain growth over the past few years. It’s another good sign of the strength of our economy,” said Mark Kass, Editor-in-Chief, for the Milwaukee Business Journal.

Hydro-Thermal President, Jim Zaiser, credits this award to “thinking long term, and investing in the future with a dedicated team of individuals who share the same goals, for Hydro-Thermal and the future of business in southeastern Wisconsin.”

The 2016 winners will be recognized at an awards luncheon on Friday, August 12 at the Pfister Hotel from 11:30am–1:45pm, as well as in the Milwaukee Business Journal’s Aug. 12 weekly edition.