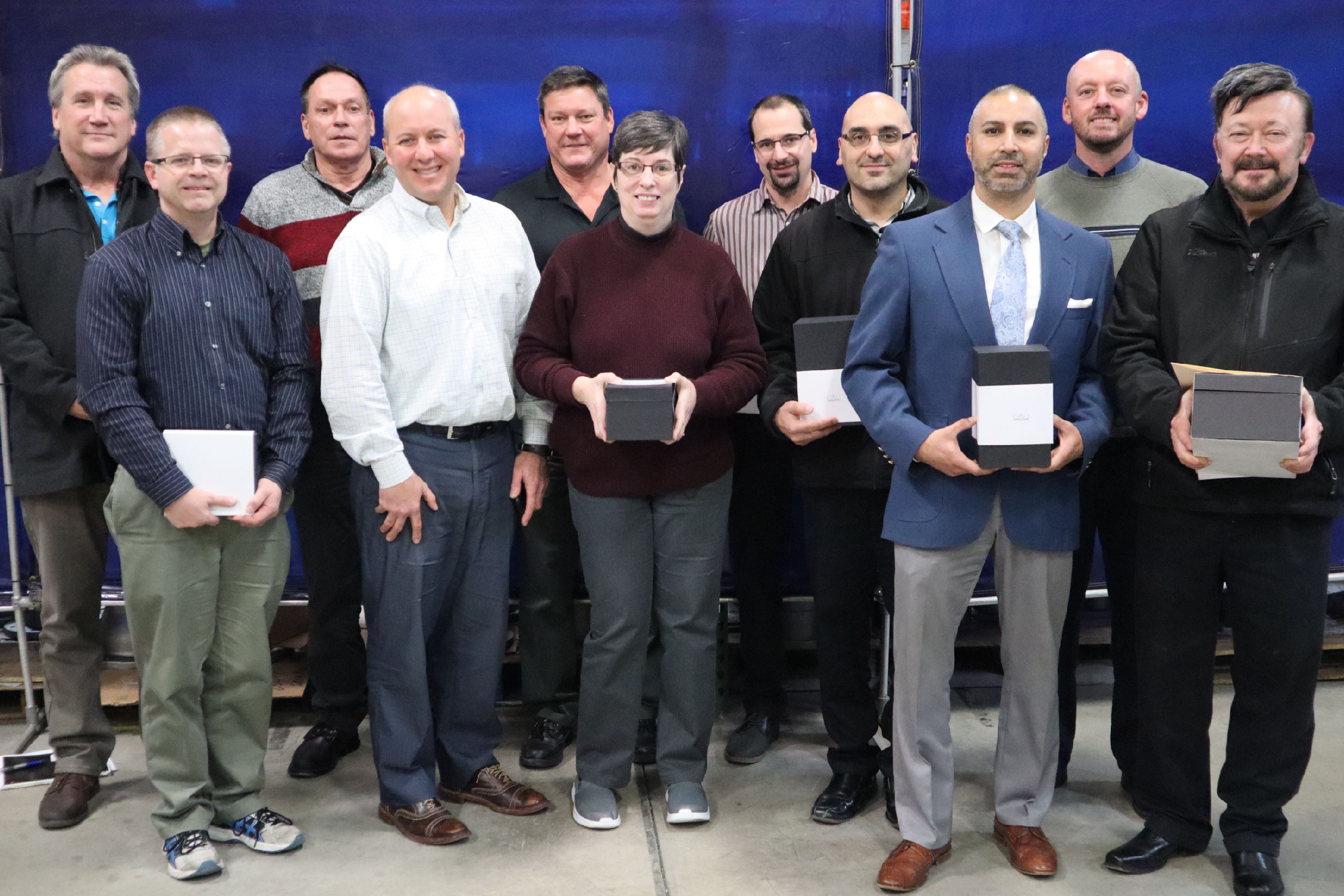 During the recent Hydro-Thermal’s company meeting, President and CEO Jim Zaiser, gave out several employee recognition awards, the Sales Performance Award and the President Award. Recipients were chosen for going above and beyond in meeting personal and team goals set in 2019.

Two Sales Performance Awards were given out – the first to receive the award was Bob Fesser, Industry Sales Manager of the Ethanol, Starch, and Sweetener. The other was awarded to Kurt Schwei, Industry Sales Manager of the Industrial team. Recognition awards were also given to acknowledge Inside Sales Representatives Dean Wentz and Kevin Wittwer that are a part of the industrial team.

This year, three President Awards were given out. One was given to newly promoted Engineering Manager, Robert Bourdo II. The others were handed out to two Food team Industry Sales Managers, Brad Wimmer and Ed Faulks. Like the Sales Performance awards, awards were handed out to recognize Inside Sales Representatives Josh Acosta, Manuel Rocha, and Maggie Bergmann for their contributions to the food team.

More in this category: « HTC appoints Michelle Palmquist as CFO and Sean Fulton as VP of Sales Hydro-Thermal Partners with TriCor Equipment Company »
back to top

Let Us Help You