Hydro-Thermal Wins Manufacturer of the Year

2016 Manufacturer of the Year 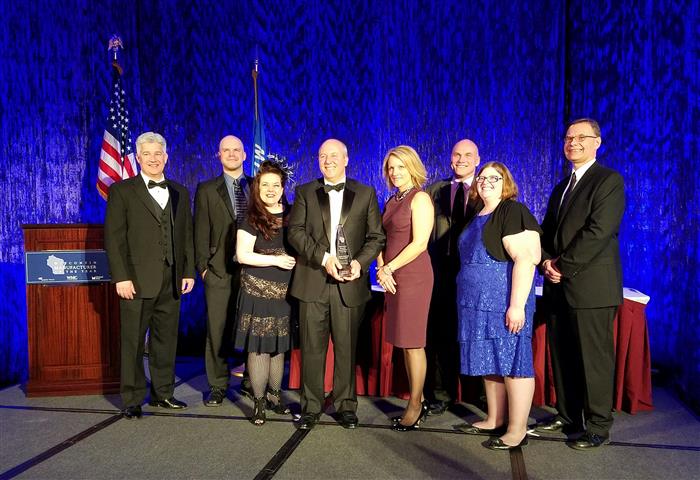 Hydro-Thermal recently received the Wisconsin Manufacturer of the Year (WIMOTY) Grand Award. This is the 29th year of the WIMOTY annual award program, which recognizes outstanding achievement in manufacturing.

Hydro-Thermal competed in the medium sized business category (100-299 employees), which was also the most competitive category with a total of 10 finalist companies. Award criteria covers commitment to employees, effective research and development, commitment to quality, financial growth and stability, and commitment to community.

Here are a few highlights from Hydro-Thermal’s award application:

• National job tenure average is 4.6 yrs. More than 50% of Hydro-Thermal staff have been here longer than that, with 1 of every 8 here for more than 15 years, and 5 here more than 25 years

• More than doubled sales in the last 10 years, tripled manufacturing and office space within the last three years

WIMOTY applications are categorized by number of employees and are judged by a panel of leaders in manufacturing, who are independent of the award program sponsors. This is Hydro-Thermal’s first year of competing in the medium-sized business (100+ employees) category. In 2010 Hydro-Thermal won this award in the small business category (less than 100 employees), and was a finalist in 2015.

More in this category: « Volunteers Spread Delicious Cheer Partnering with Milwaukee Academy of Science »
back to top