2015 Finalist Manufacturer of the Year 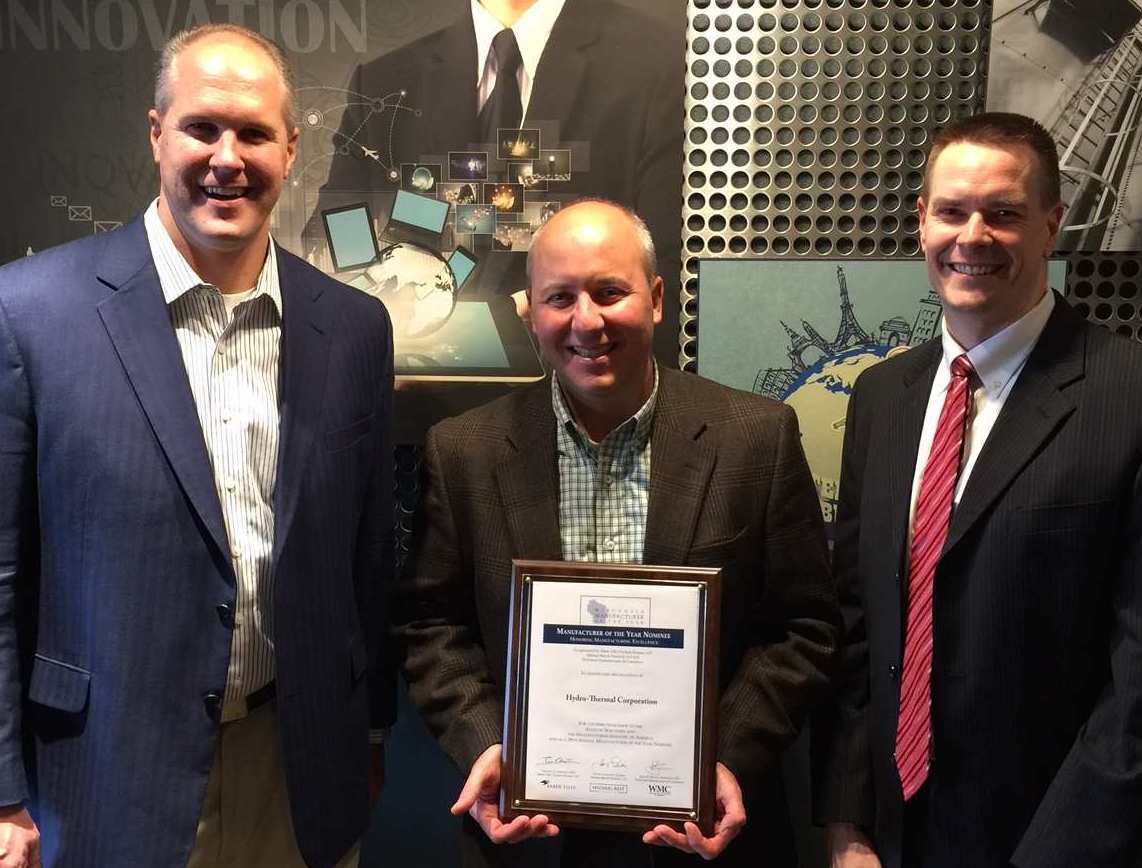 Hydro-Thermal is proud to be named as a finalist for the Wisconsin Manufacturer of the Year (WIMOTY) Award. Our CEO and President, Jim Zaiser, was recently presented with the nomination certificate by representatives from two of the award sponsor companies, Corey Tremaine of Baker Tilly Virchow Krause and Richard L Kaiser of Michael Best & Friedrich. Hydro-Thermal is one of 28 finalists to receive this distinction.

The WIMOTY annual award program celebrates the successes of manufacturers in the state: their innovations, philanthropy, technological advances, commitment to customer satisfaction, and quality jobs. This is the WIMOTY Awards 28th year of existence.

Hydro-Thermal won this award in 2010. This year’s winners will be named at the WIMOTY awards banquet on Thursday, February 25.

For more on the Wisconsin Manufacturer of the Year Award go to wimoty.com