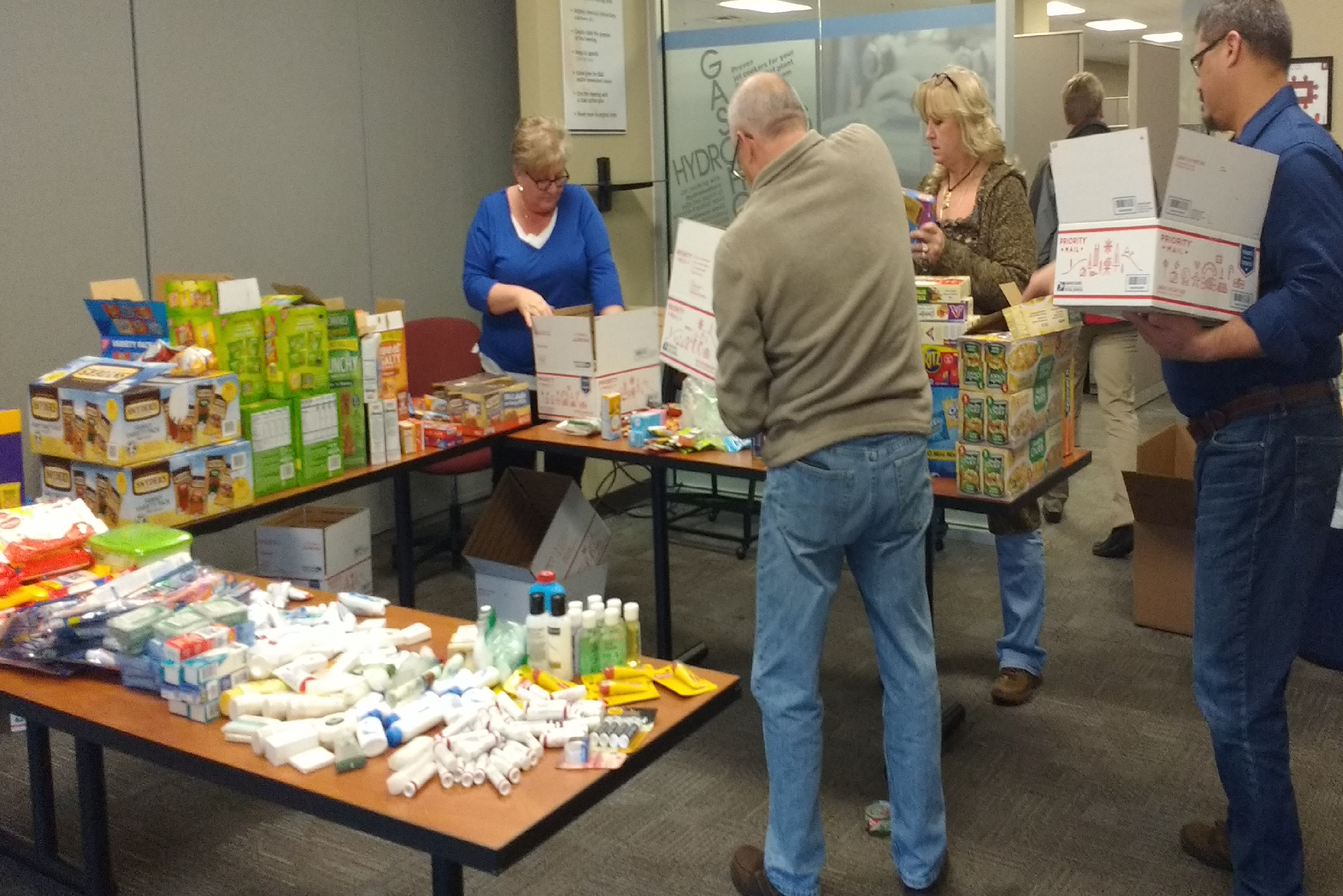 Dating back to 2011, Hydro-Thermal Corporation has worked with a variety of military charities to show support for our military. Continuing that tradition this year, Hydro-Thermal held a donation drive to make care packages for Support the Troops WI, a non-profit organization based in Hartford, WI, to send to soldiers fighting overseas.

Needed items for soldiers, which include food, personal care, and other items, were boxed up and sent overseas. For food items, trail mix, crackers, power bars, beef jerky, and soup are all good items that can withstand the long trip across the world to the troops. For personal care, baby wipes, lotion, hand sanitizer, eye drops, and Vaseline are all examples of desired items, while Ziploc bags, insect repellent, white tube socks, and white t-shirts are also needed.

This year, Hydro-Thermal received donations from May 28th to July 8th, which resulted in 16 boxes full of supplies, the largest number of boxed ever filled by the company in eight years of donation drives. Before handing the donations off, each box is completed with a letter from Hydro-Thermal’s CEO, Jim Zaiser.

Support the Troops WI was started in 2007 by LeAnn Boudwine, a loving military mom who sent care packages to her sons, who were serving overseas. She was devastated to find out that not many other soldiers received care packages or mail. This sparked the idea to start Support the Troops WI, which started as a one room operation in Boudwine’s home and is now a full-time non-profit organization with a dedicated storefront, plenty of volunteers, and over 13,000 care packages sent so far – a cause that Hydro-Thermal is proud to be a part of.

Visit http://www.supportthetroopswi.com/ for more information on how to donate a care package or volunteer your time.

More in this category: « Hydro-Thermal Volunteers at the Ronald McDonald House Hydro-Thermal Showcases Industry-Leading Solutions at 2019 Process Expo »
back to top

Let Us Help You